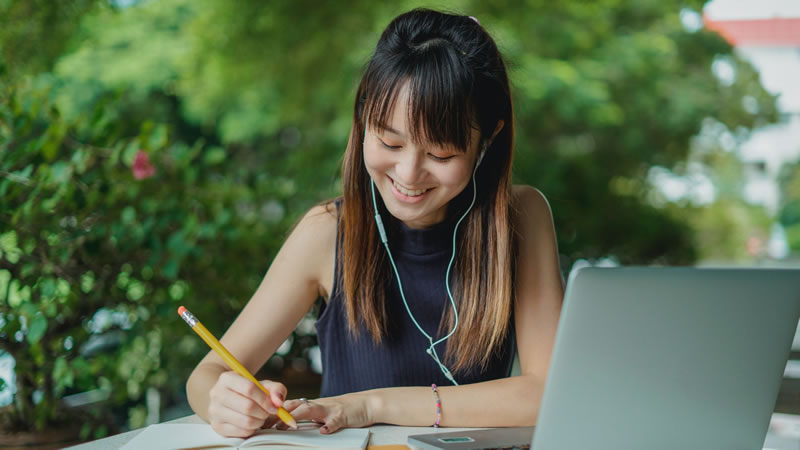 When Avery began as a student with Academic Coaching Associates she was a master “blamer.”  She was in the 9th grade and had been diagnosed with ADHD-inattentive type, executive function disorder, and mild dyslexia. Her family moved often due to her father’s job and she had just come back to the U.S. after living in Asia for several years.  Whenever she earned low grades, it was because her teacher didn’t like her, the assignment wasn’t in Google Classroom, and so on.  If she came to a roadblock, she just gave up. She just refused to take responsibility or use the accommodations included in her 504 Plan.

Many strategies were introduced to her to help her self-advocate, solve problems herself, and use resources.  She experienced some success but whenever anything went awry she defaulted right back to playing the victim.  As time went on, Avery did begin to improve. She agreed to email her teachers if she needed help, but still would not meet with them in person. We also worked on creative problem-solving and using resources. We made the “for each problem give me 2 solutions rule.”

One day, she came to our meeting and told me her teacher marked a question incorrect on her test that she was sure was correct.  She spoke to him after class and he ended up changing her grade.  Progress!  Her confidence improved and so did her grades.  Just last week, we talked about an assignment that had been missing for weeks.  She explained that she had to watch a video that she was avoiding because it was so boring (I watched some of it and it was painful) and then answer questions. She was honest and did not blame her teacher, a truly good sign. As our time was up, I said the next time we meet I will help get her going and implement some strategies to stay engaged.  When we met later in the week, she had already finished most of the assignment on her own. Avery has improved tremendously and I am so proud of her.

In my last blog article, “Executive Function and ADHD Primer”, I discussed ADHD symptoms and how they impact academics.  Now, let’s focus on how to help students like Avery who experience difficulties and/or underperform in school due to executive function difficulties.

There are the 3 Keys to Academic Success:

Maturity is a double-edged sword in the battle to improve executive functions in students.  On the one side, maturity is a passive experience.  As we saw with Avery, maturing eventually led to the realization that academic success was her responsibility and not something others are conspiring to sabotage. Unfortunately, this is very often a slow process. If you have ever tried to push your child into maturing faster, you know what a dismal failure this can be. Let “patience” become your mantra.

With maturity often comes acceptance.  At some point, Avery realized that “playing the victim” was getting her nowhere and began to take responsibility for her own academic success. Once she accepted that her weak executive function skills were impacting academics, she became more open to trying new strategies. She became an active self-advocate, did not quickly give up if something did not go as planned, and focused on getting her homework in on time.

The terms “coping skills” and “strategies” can be used interchangeably in this instance.  Everyone uses coping skills throughout their day without realizing it.  These are small things we do to make our lives easier such as putting reminders on our phones, packing lunch in the evening rather than the morning, keeping our keys on a hook by the door, etc.  Trial and error will likely be needed before we hit upon a strategy that works and can be sustained over time.

This is true for students as well.  There are an infinite number of strategies, it just takes time and patience to find one that is a good fit. For example, Avery initially believed she best kept up with assignments by writing in a planner. She used it sporadically for a few days and then stopped because she kept forgetting to take it to class or bring it home. I suggested she use Google Calendar because she can update it and check for assignments using her phone. Most students like using their phones; Avery was no exception and is doing well using that strategy.  One thing to keep in mind is that people with ADHD are often drawn to “new and shiny” but become bored easily.  Having to switch strategies after a while is common.

As she matured, Avery learned to accept help, which opened her up to utilizing strategies that helped her succeed in school. I hope Avery’s story serves as a guide for your own child’s journey with academics.

If your bright child is like Avery and seems to be refusing help from you or anyone else, our experienced academic coaches can help. Schedule a free consultation today to see if academic coaching is right for your family.